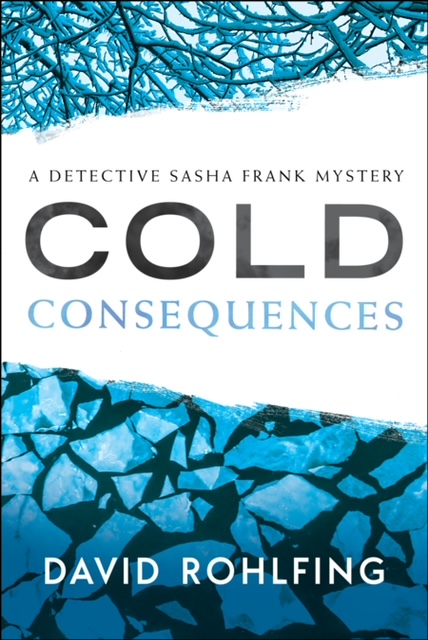 Ashley Cummins, the granddaughter of a powerful judge, is unexpectedly shot while buying drugs from her dealer late one night on a city street. As detective Sasha Frank investigates her murder, all of his possible suspects start showing up dead or missing. Who is behind the killings? As pressure builds on Sasha to solve the case, he uncovers new information that begins to unravel a complicated web of evidence–will Sasha be able to prove who the killer is and take down the person responsible for the murders?

Cold Consequences is the exciting second book in David Rohlfing’s Detective Sasha Frank Mystery Series. It serves as a prequel to Rohlfing’s Deliberate Duplicity. Fans of the mystery-thriller genre will love this gripping new tale. Full of exciting twists and turns, readers won’t be able to put the book down as Sasha pursues every lead to find the killer.

“I can’t put it down. It’s a fast paced book so far.” – Anne Goodreads

“Rohlfing did a great job in keeping the action moving and the end result hidden until the very end… I enjoyed the book.” – Pick of the Literate

“An enthralling, heart-pounding police procedural that will keep readers guessing from start to finish.” – BookLife, by Publishers Weekly

“Not only were the protagonists enjoyable, the antagonists were realistic and the plot never came to a halt. The book kept moving nicely from start to finish.” – Lost in a Book Erin

Sign up to receive the latest news and promotions from David Rohlfing sent directly to your email box!